The Border Roads Organisation is responsible for the primary task of road construction and infrastructure development in the border areas. They have also assisted the Armed Forces during all wars and acts of external aggressions but also the civil administration during natural calamities. They are recognised as the major contributor in socio-economic development of remote border areas of the Nation.

During my recent trip to Ladakh, I got to fully experience the work and effort put in by this esteemed organisation and my respect for them has grown manifold.
“Let us not forget that roads in this difficult terrain have been built not only with mere cement and concrete, but also with the blood of men of the Border Roads Organisation of India. Many lost their lives for the cause of duty on the project. To these men, who always play with danger and laugh at death, duty comes first. These fallen heroes came from all parts of Mother India, to contribute their mite to the defence of their mother land and prosperity of their neighbours”..
From an Article ‘Highways to Adventure’
published in ‘THE MIRROR’ Magazine, Jul 1975
The Genesis

Here are some of the gems of wisdom along the treacherous road to Pangong Lake. 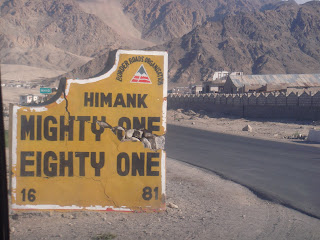 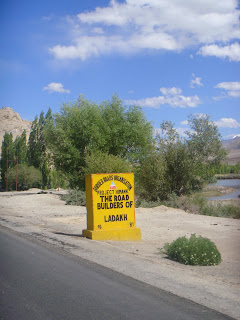 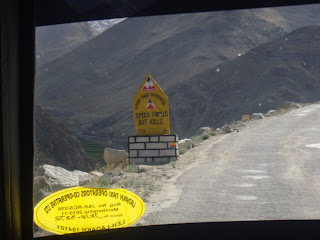 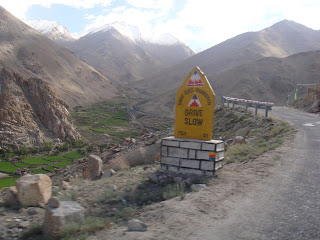 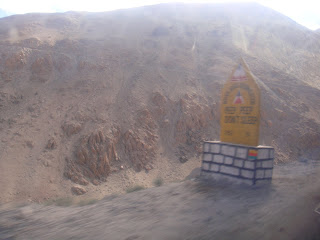 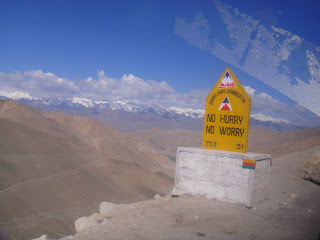 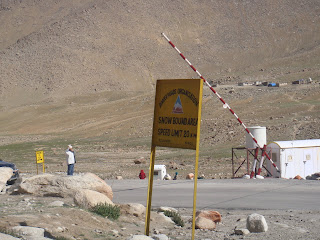 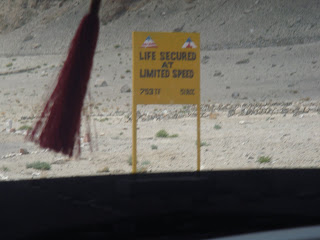 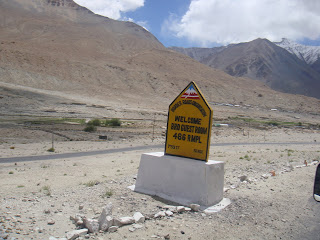 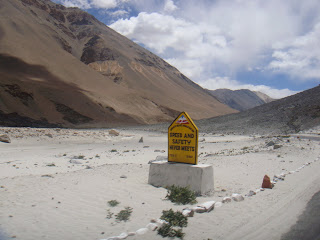 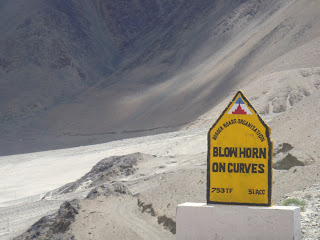 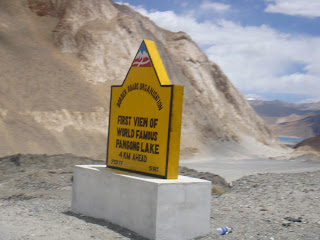 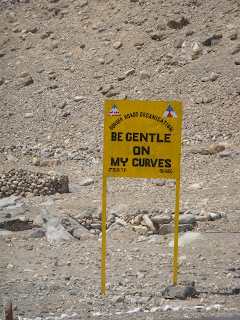 Some more gems include:
"Darling I Like You, But Not So Soon"
"Whiskey Is Risky, Rum Is Bomb"

"Don't Be A Gama In The Land Of Lama"

“If you are married, divorce speed” 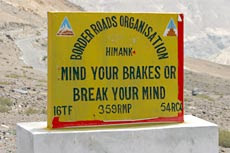 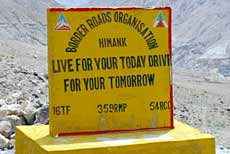 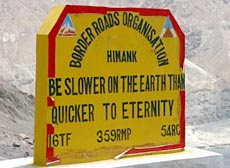 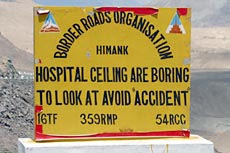 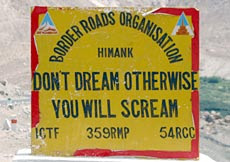 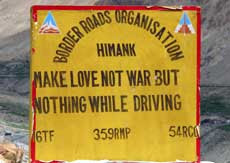 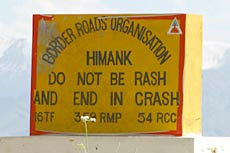 Posted by Unknown at 9:57 PM No comments: