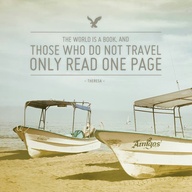 Travel is an education by itself. Especially if you are by yourself. It not only gets you in touch with your inner self but it brings out the best in you, liberating you from fear of the unknown, testing your resources and strengthening your resolve.

As a single woman who loves to travel, solo journeys are a necessity as not always can one find a travel companion readily available with similar interests. Initially I was a bit apprehensive of taking the plunge on my own but once I ventured down that path, I found there was no turning back.

As a solo traveller, I have complete freedom to plan my route, my dates of travel, the sights I want to take in and overall plan the trip based on my budget. Besides when you travel alone, you actually meet very interesting people who would not normally open up to you if you were part of a couple or a group. That's how I met a dear friend Douglas from Brazil. We were on a guided tour of Ephesus, Turkey and kind of bonded together as we were both solo. Post the tour we decided to hang out in Kusadasi and we had such an awesome time that the memories will forever stay imprinted on our minds.

Similarly, I met a wonderful older couple from Bombay who took me under their wing on a tour of Heidelburg, Germany and a lovely young Indian couple from Singapore on a tour of Cappadocia. I had interesting conversations with an American scientist on the Norwegian fjord cruise and a woman police officer on the Danube Bend in Hungary.

I have undertaken several solo trips - Norway, Switzerland, France, Germany, Turkey, Hungary, etc. There is always someone around to help you, talk to you, click your photograph. Despite that, if you still want reassurance try couchsurfing. I highly recommend you try solo travel once as you will never regret it. It reinforces your faith in humanity and makes you a stronger person. 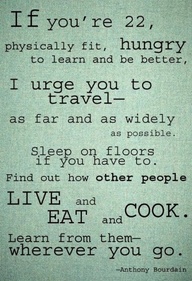