The Indian Premier League is in its 5th season. Club cricket was a new concept which was introduced. Each club was based in a city with an iconic player (not necessarily from that city). Owners auctioned for the clubs and then in turn for the players. Great excitement! Cos whoever bought Mumbai, got Sachin Tendulkar.

Anyway my boss Dr. Mallya bought the Bangalore club - The Royal Challengers. So it was but natural that I would support RCB rather than Mumbai Indians. My reasoning - I have nothing in common with the Ambanis or Reliance. And my loyalties had nothing to do with the city....afterall I was born in Bombay and do not really identify with Mumbai. ;)

I have been following the team's progress for the last 5 years. Though I am not a cricket fan, I must say I do enjoy this format of the game. The team's performance has improved over the years and last year we even reached the finals.

Some of the things I love about the current team:
AB de Villiers with Smita and myself 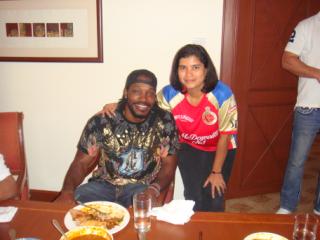 Chris Gayle and myself 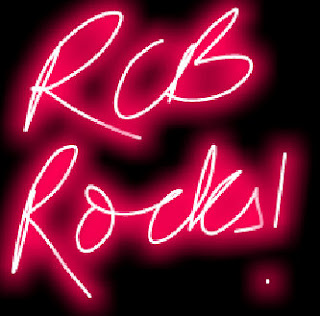 Thus, its exhibits capture the life and times of the Bombay Presidency as it was so called. It has been restored by INTACH and is a real treat to visit. This Sunday I attended a free historic walk through of one of the galleries where they used maps and models to explain the history of Bombay. Interesting, fun and educative is how I would describe it. 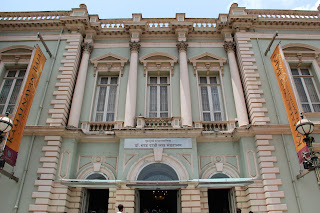 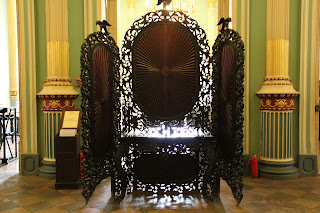 This beautiful table and screen was donated by one of the merchant prince families. 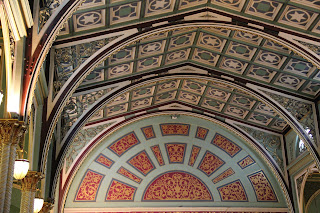 The interiors have been restored to their original design and colour. 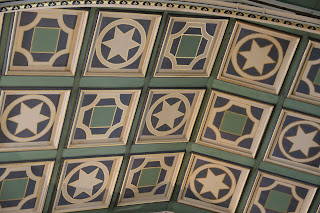 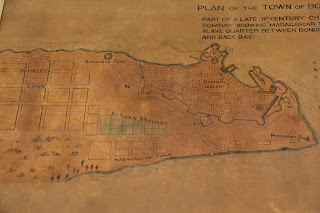 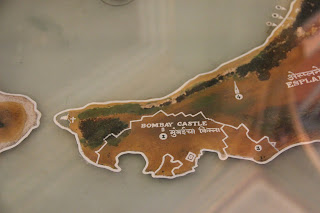 The Bombay Castle. You can read more about it here. 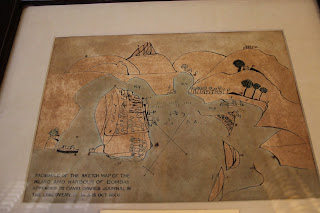 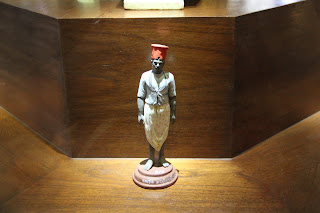 The Koli - the earliest inhabitant of Bombay 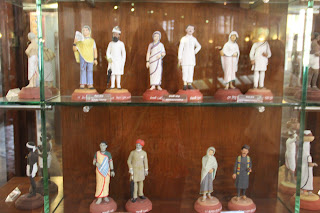 The different people who made up the community of Bombay........... 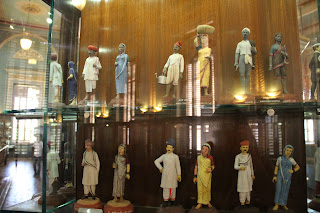 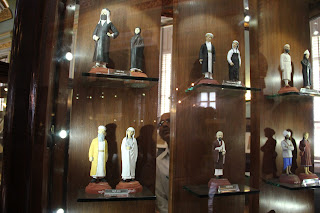 ......including people from other parts of the world.

The first mention of Bombay was in Ptolemy's The Geography where he makes mention of Heptanesia or the seven islands on the West Coast of India.﻿

The Portuguese took over these seven islands in the 1600s and later gave them away as dowry to the British as an incentive to marry off their ugly princess the Infanta Catherine in the 1700s (or so legend has it). The British did not think much of it and in turn leased it to the East India Company for a sum of 10 pounds a year.

It was the East India company that invited people from all parts of the country and overseas to settle in Bombay within the security of the Fort and set up businesses. The underlying motive was trade and to encourage it. People obliged as they were promised religious freedom. Thus the culture of Bombay was established - a financial centre and a cosmopolitan outlook.

Posted by Unknown at 5:12 PM No comments:

London - a city for all seasons

What does one do in London when you have some time free but the weather is bad? Plenty!!


I decided to meet my cousin John at Hyde Park where he was slated to conduct a tour..........luckily for me (and for him) due to the poor weather, there were not too many tourists to form a group. The Spanish tours on the other hand were absolutely packed. The weather being what it was, rainy and cold, it was better to stick to activities indoors.

We promptly headed to the Natural History Museum which is a beautiful building. There was a temporary exhibition that we were hoping to see - Animal Inside Out jointly hosted by the Body Worlds and the NHM. I had seen an exhibition of Gunther von Hagen's Body Worlds in Germany some years ago and knew that this exhibition on animals would be spectacular as well. The 100 or so plastinated animals and capillary specimens displayed the intricate insides and inner workings of the world's most spectacular creatures from elephants and giraffes, to cows and goats to octupuses and ostriches. It was a true anatomical safari of the natural world. 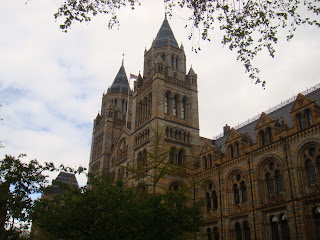 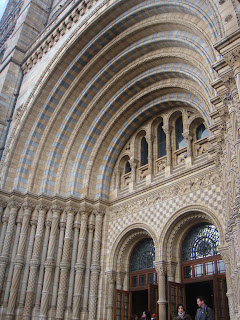 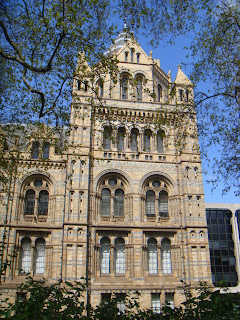 Quite an imposing building 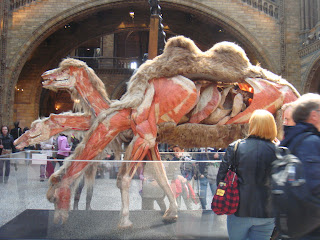 A specimen of the plastinated animal

Post that, John headed to meet a friend for lunch, whilst I decided to continue with my museum visit. One of the things I love about London is that it has a variety of museums and they are all FREE except for temporary exhibitions. So I proceeded to the Victoria and Albert Museum which is housed in a beautiful building as well. It is the world's greatest museum of art and design and has collections from different centuries, eras and dynasties. The few hours spent there were worthwhile but not enough. Hopefully I will return again. 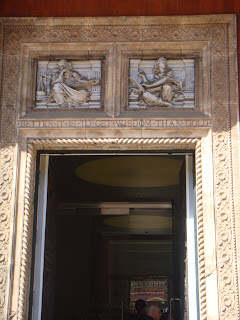 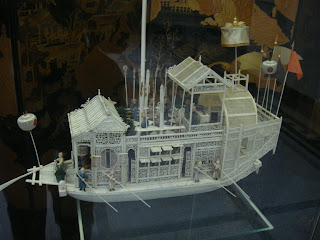 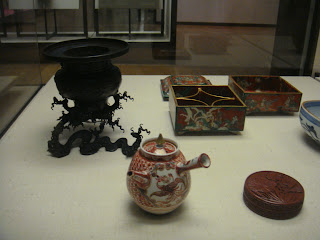 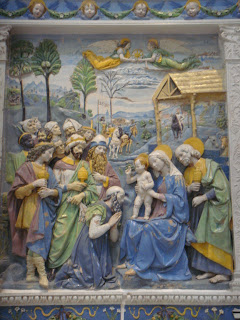 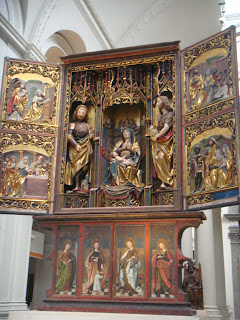 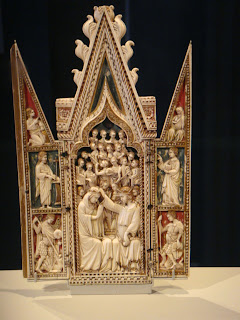 I then decided to grab a bite and later wander the hallways of Harrod's and the food halls of Selfridges. I was lucky because there was an Irish festival at Selfridges and they were showcasing Irish produce and cuisine in the food section. I spent an enjoyable time watching the free cook offs and sampling the chocolates, biscuits, cheeses, salmon and beef.

Later in the evening, I met my friend Jo for drinks and dinner. We went to a trendy restaurant in the heart of Soho called Bocco di Lupo run by Jacob Kenedy. I can assure you that the food was excellent, the staff very helpful and the ambience relaxing. 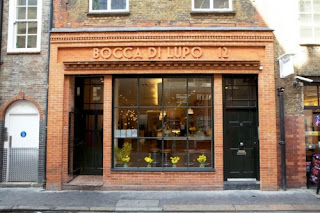 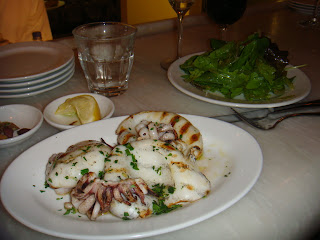 This cuttlefish was mindblowing.
Still drooling over the memory of it.

The next day, I headed back into town to attend a play at the Old Vic - The Duchess of Malfi which is a Jacobean tragedy by John Webster. The performance was superb and I had a wonderful time.

So irrespective of the weather, one can truly find plenty of things to do in London and still enjoy oneself.
Posted by Unknown at 11:49 AM No comments:

On 4th April, we had a miracle in our family - little Chloe Eden D'Silva was born.

The birth of a child is truly a miracle and when one sees the newborn for the first time, one’s heart skips several beats. The little fingers and toes, the soft hair on the head, the tiny nails, the red chubby cheeks and the small frame – must melt even the hardened heart.

I was truly touched to see the little angel. And to carry her was a bit frightening to begin with, but later such a joy. I am amazed at the fact that newborns have a personality of their own and to see the manifestations of it, is a revelation in itself. I am going to enjoy myself watching this little miracle unfold over the next few years. 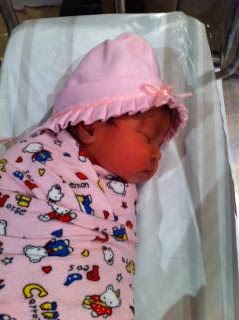 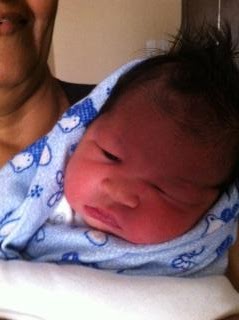